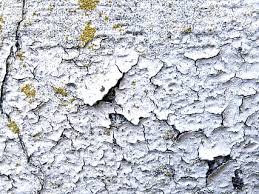 Lead-Based Paint: What Is It?

Lead paint consists of solvents and lead, a highly toxic and potentially carcinogenic metal. The ingestion of this paint can cause several diseases. It is most often present in old buildings both inside and outside (soil, doors, window frames, stairs, etc.)

What Are the Dangers of Lead Paint?

In old buildings that have not been renovated, lead paint waste or flakes represent a real health hazard. If you breathe in or swallow these paint residues, lead settles in the liver, bone marrow, nervous system, and violently attack the metabolism.

Lead poisoning is irreversible for humans and animals. It is particularly severe among the elderly, pregnant women, and young children, where there are cases of renal failure, serious neurological damage, infertility, or cancer. Children can absorb about 40% of the lead they unintentionally ingest, while adults only absorb about 10%.

Repeated exposure to lead compounds may have behavioral effects as well. People who have had low long-term exposure to this substance may show mood changes. The impact of moderate exposure include problems with eye-hand coordination, longer reaction times, and reduced mental capacity.

Visual disturbances have also been observed in workers who have been overexposed for a period ranging from a few months to a few years. Symptoms range from minimal vision impairment to gradual decrease, followed by slow-healing or, in some cases, progressive development of blindness.

Some of the most common symptoms of lead poisoning include

Other health effects can also be expected, such as a metallic taste in the mouth, vomiting, and constipation, or bloody diarrhea.

If lead paint is found on your home walls, it is mandatory to call professionals to carry out the work. They will first carry out assessments relating to the quantity of paint to be eliminated. Afterward, they will begin the job while being provided with the necessary protections to avoid breathing scales and waste paint, which can be highly toxic. The team at Action Hamzat Companies is skilled at removing lead-based paint from steel structures and concrete surfaces found throughout residential or commercial spaces while taking all necessary precautions. Contact them for more information!