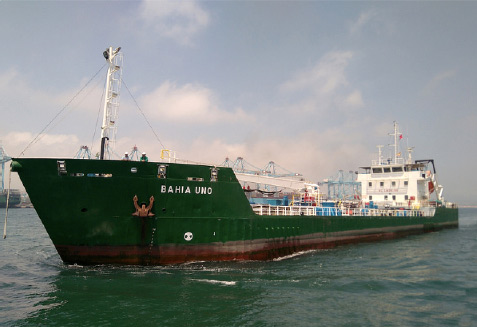 It is hard to imagine our lives without fuel. Every day, we rely on the oil and gas industry to supply us with energy to keep multiple processes running. In order to provide us with necessary materials like oil and gas, companies must ensure they transport it in a convenient and reliable way. Choosing the right transportation mode and a robust strategy is crucial for efficient oil and gas shipping.

Oil and gas are found in many various regions all over the United States. However, by contrast, refineries and processing facilities tend to be more concentrated in a few regions, such as the Gulf Coast for example. This means that oil and gas must be transported safely and efficiently from many different locales all over the US to these hubs. Some of the best transport methods are pipeline, ship, rail and truck. Let’s take a look at the benefits of each.

Crude oil that is gathered from its source at wellheads can be moved to processing plants, tankers, and refineries via pipelines. There are several benefits to the pipeline technique, including:

Safety – Moving gas and oil through pipelines is a safe way to get the job done. There are nearly 500,000 miles of pipelines weaving through various states in America. The pipes are equipped to carry petroleum products, crude oil, and natural gas. This technique is environmentally friendly and leads to exceedingly low rates of injuries and fatalities. In fact, it would be easier for a citizen to get struck by lightning than hurt in a pipeline accident.

Convenience – Because booster pumps are positioned along the pipelines, pressure can be conveniently maintained to keep oil flowing to its destination.

Another good way to move fuel from one location to another is via ship or barge. There are plenty of barges transporting gas and oil inland along rivers and via oceans, such as along the Gulf Coast, to Corpus Christi, and to other oil refineries on the Louisiana and Texas coasts. This coastal area is also referred to as “refinery row.” Some of the pluses of using ships to transport petroleum include:

Inexpensive – Moving crude via barge or ship is one of the least costly methods of transport.

Flexible Waterways – Boats can move barrels of oil through inland and coastal waterways. For example, it can be shipped via the Mississippi River, Hudson River, Atlantic, and/or Pacific Oceans.

Moving crude from its source to the refineries around the nation can also be efficiently done by rail. Although this was first considered to be a stopgap technique until pipelines could be built, it has developed into a popular transport method. Some of the benefits of railway transport include:

Low Cost Set Up – It takes a short time to recover the capital costs of setting up railway infrastructures to move gas and oil.

Short Construction Time – Building new rail infrastructures takes a relatively short amount of time. Some estimates give lead times of only 12 to 18 months from start-up to fruition.

Shorter Transit Times – Transporting crude via train has a fairly short transit time. Shipping fuel from Alberta to the U.S. Gulf Coast only takes one to two weeks.

Quick Response to Market Fluctuations – Railway carriers are able to respond rapidly to changes in the marketplace. This allows for flexibility to adapt to the ebbs and flows in the business of transporting gas and oil.

The easiest and most utilized form of transportation in the oil and gas industry is trucking. With on-the-road transportation, you can schedule shipments at any time and move them at any place. This advantage makes trucking beneficial in different ways to other transportation modes. Also, it moves smaller amounts of oil, meaning that the extent of damage in case of cracks or leaks is relatively small.

There are various types of trucks that can perfectly suit the needs of the industry, for instance:

Flatbeds are open trailers that are commonly used for oil and gas equipment shipping because they let you move loads of any size and shape. Rigs, pipes, and drilling equipment are usually oversized and overweight, which makes it hard to move via any other transportation method except a specialized truck.

Hotshots are trailers connected to a pick-up truck that is made for moving small and urgent shipments. Whenever you need to quickly transport a piece of equipment to a remote site, hotshot is a perfect option.

Oil tankers are special cylindrical containers connected to trucks. Tankers are adjusted to moving liquids, and they are good for moving oil as well. Although you cannot ship a large volume of oil through the truck, the vehicle can take it to any destination you need. There are hundreds of trucking companies that deal with oil and gas transportation, such as Beato Fuel Corp.

The boom in North American energy production has caused major shifts in the oil and gas transportation industry. To meet the needs of moving crude from its source to the refineries that process it and get it out to consumers, there have to be efficient methods to get the job done. Pipelines are safe, energy efficient, and convenient. Barges and ships offer cost benefits, flexibility, and have large capacities. Transporting fuel by railway or truck can be an inexpensive technique that takes a short time to set up; it offers minimal transit time, has readily available fleet resources, and responds quickly to the market fluctuations. Each of these transport methods has its own unique advantages and applications.