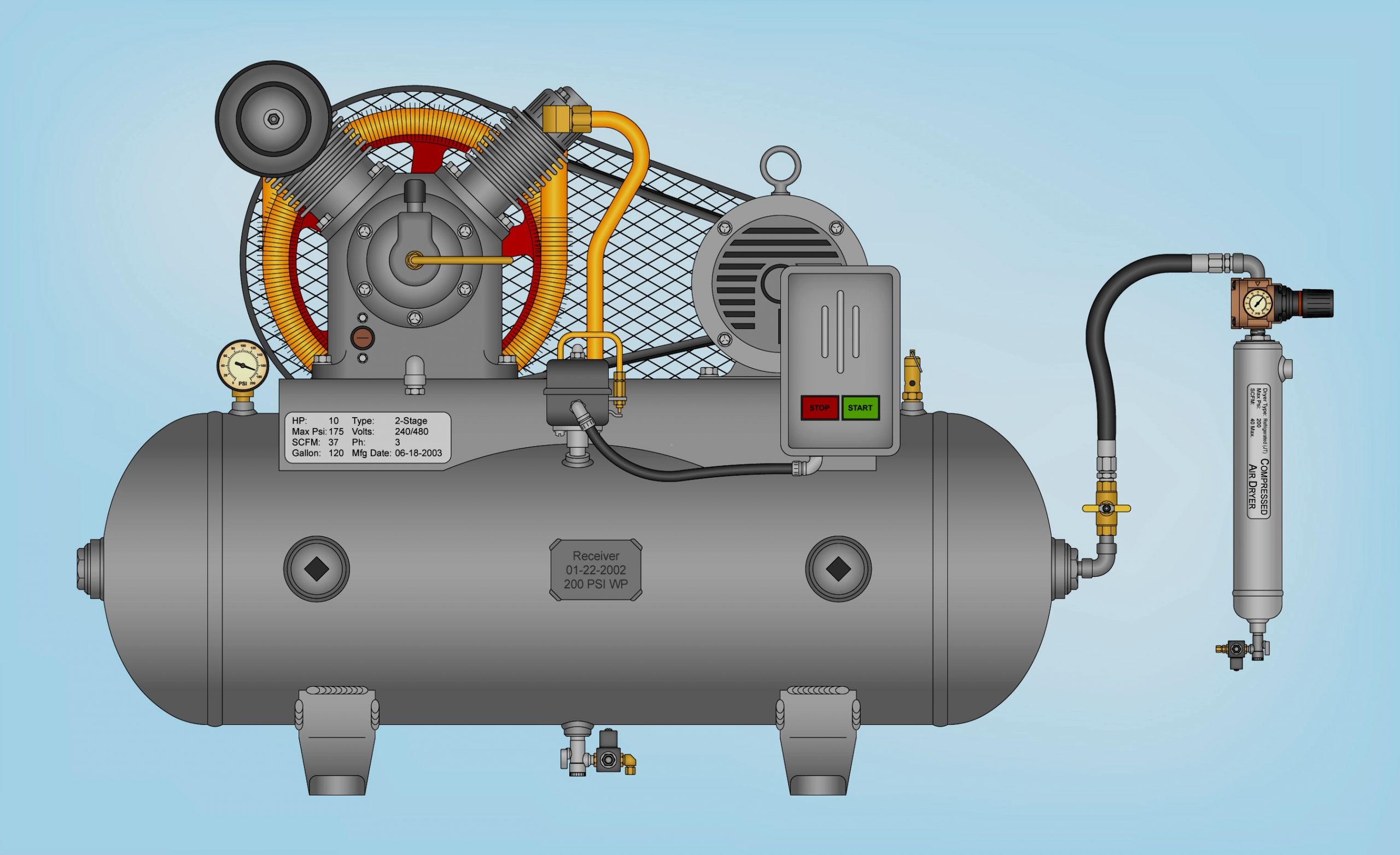 Air Compression – The Physics and Uses

Workshops using a central power source for driving tools is not a new concept. What has changed, is that air compressors have replaced the belts and shafts that were used previously to route power around the workshop. Nonetheless, the underlying physics has largely remained the same. A certain volume of gas is increased within an enclosure, which in turn increases the pressure, which produces the required power.

Modern air compressors have come a long way from their older, bulkier counterparts. Nowadays, you can easily carry one around, and be sure that it has the required number of designs and configurations to suit several different operational requirements. So, whether you’re visiting the gas station around the corner or a major manufacturing plant, you’re sure to see air compressors being used extensively.

The Basics of Air Compressors

Knowing the basics of how air compressors work is very handy for those starting out on their journey into skilled manual labor. A good place to start would be understanding the underlying mechanics of the system. If you were not aware, air compressors function on the principles of Boyle’s Law, which states that, provided the temperature remains constant, the volume and pressure of any gas are inversely proportional with each other.

Boyle’s Law was created by Robert Boyle, a physicist and chemist, in 1662. The law has stood the test of time and explains the relationship between pressure and volume.

PV = k simply means that pressure multiplied by volume will always equal a constant. If the volume decreases, you’ll need more pressure to meet the same constant as before (and vice versa).

What Boyle’s Law really tells us is this: as the volume of the space containing air reduces, the pressure increases, if the temperature stays the same. That means that we can increase the pressure of air by forcing it into a smaller space.

Next, let’s have a look at the various Components of an Air Compressor

An air compressor is made up of four basic components. These are:

Aside from these basic components, most modern air compressors have a few more handy components that ensure effective and efficient operation, including:

The Working of Air Compressors

The working of an air compressor is simple. More and more air drawn into the air compressor causes the pressure to increase due to a higher volume of air being forced into a limited space. When the tank’s designated pressure is reached, the air compressor shuts off, and the air is stored till it’s called into use. This compressed air can be used to power a wide variety of domestic and industrial tools and machines.

It’s impressive to see how a compact device, based on a simple mechanism, can offer so much power. If you’re interested to know more about air compressors, get in touch with the experts at Promptair & Electrical Pty Ltd today.