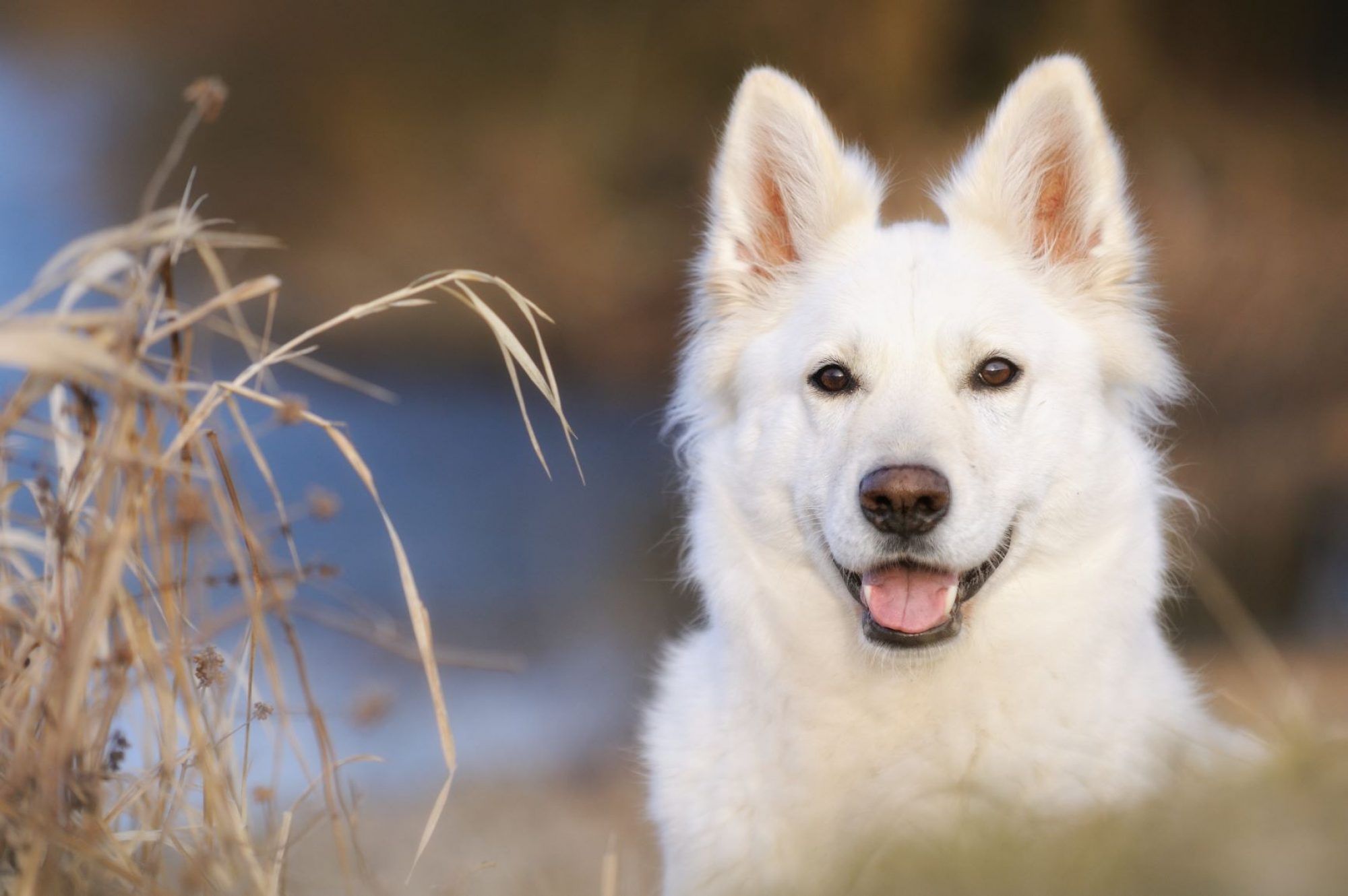 In 1899, Max Emil Frederick Von Stephanitz, a cavalry captain in the German army, found a dog named Hektor Linkrshein, which had the characteristics he had been looking for years to create a working dog breed. So he bought him and renamed him Horand Von Grafrath, who would become the father of the German Shepherd breed.

In turn, Horand was descended from a white shepherd named Greif. He therefore passed on the white fur genes to his offspring. However, a social prejudice spread considering that in reality these white dogs were albinos and therefore suffered from health problems.

For this very reason, this variant was excluded from the official standard to be considered as the German Shepherd breed. Despite this, the white shepherd continued to be bred between the United States and Canada without showing any unusual pathologies.

Already in the 60s, an American breeder, Agata Burch, immigrated to Switzerland with a white shepherd named Lobo, which began to crossbreed with other dogs imported from other countries, thus developing the Swiss white shepherd breed, also recognized by the International Federation of Cynology (FCI for its acronym in English).

If the White Swiss Shepherd stands out for anything, it is its coat and color. On the one hand, its coat is double and dense. Thus, while its undercoat is abundant, its outer coat is rough and smooth. Overall, the color of this coat should be white all over the body.

Character and Behavior of the White Swiss Shepherd

The White Swiss Shepherd is characterized by its affable character. It is also a faithful dog, affectionate and attached to its master. On the other hand, it should be noted that it is a playful breed of dog that needs a lot of exercise. It is therefore not recommended for the most sedentary people.

Also, this breed of dog is very intelligent, which allows it to distinguish itself in the field of sports as well as in the field of research or support to disabled people. This, together with its docile and obedient temperament, makes it ideal for carrying out the different activities offered to it, since it also adapts easily to the circumstances.

Advice on Training and Education

Despite a slight hunting instinct, this can be mitigated by good training and as he also feels a great attachment to his master, he will take him as a guide to carry out the orders entrusted to him. Attachment that, on the other hand, will not encourage him to escape.

It is also important that he is properly socialized, which, added to his natural predispositions, will make him interact with cats and other dogs. In the same way, the White Swiss Shepherd will have no problems interacting with children and also with the elderly, whom he will keep exercised.

The White Swiss Shepherd puppy can be reserved with strangers and is so attached to his master that this can be a problem. Thus, it does not support well the solitude. In addition, he ends up destroying the house because of the frustration of being alone.

For all these reasons, it is important to educate him correctly from a young age, in order to avoid this type of behavior. Another recommendation is to provide him with toys to distract him during his absences.

How to Feed a White Swiss Shepherd According to Its Age?

As with other breeds of dogs, the White Swiss Shepherd has different nutritional needs depending on the stage of life he is in.

Adult Swiss White Shepherds need to be fed a specific large dog food that covers their energy needs. Another detail to consider is that this is a dog breed prone to allergies, so it would be advisable to offer him a hypoallergenic food.

Finally, the senior white Swiss shepherd needs a diet or wet food adapted to its age, which means that it takes care of its joints while maintaining its weight, which is important if we consider that its level of physical activity decreases at this period of its life.

Health of the Swiss White Shepherd

Although this breed of dog is generally healthy, it is also susceptible to various diseases.

Typical health conditions and how to prevent them

One of the most common pathologies in the Swiss White Shepherd is hip and elbow dysplasia, osteoarticular diseases that cause a lack of adjustment between said joints, resulting in a restriction of mobility. For this reason, in addition to consulting the veterinarian, it is advisable to administer chondroprotectors, food supplements that strengthen the joints.

Another condition that can characterize this breed of dog is that it has the mutation of the MDR1 gene, which causes intolerance to certain drugs. In these conditions, it is best to consult a specialist and evaluate possible therapeutic alternatives if necessary.

The basic care of the White Swiss Shepherd does not require much effort, since it focuses on maintaining its coat and following a daily exercise routine.

Due to the amount of hair and its length, it is recommended to brush it several times a week. It should be noted, however, that they shed constantly, especially during the moulting season.

One aspect to take into account is the condition of its eyes and ears, which should be checked and cleaned periodically.

So now that we’ve covered the overall characteristics and care tips of the White Swiss Shepherd, what are your thoughts on this breed? Let us know in the comments below.